I started running in high school on the track team and continued through college. I’ve been running ever since, completing hundreds of races including the New York and Boston marathons. I joined a running club in the 80′s and we put on a very successful race for 20 years. During the years I started volunteering at races working the finish line. In 2006 I started working at finish lines with Super Race Systems, one of the largest and oldest timing companies on the east coast. In 2007 I started timing races using pull-tags and computer chip timing. In 2010 I decided to start my own timing business StartLine Race Services. Since then I have timed hundreds of running, swimming and triathlon races. Including: 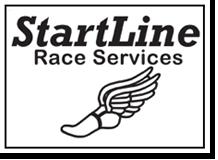